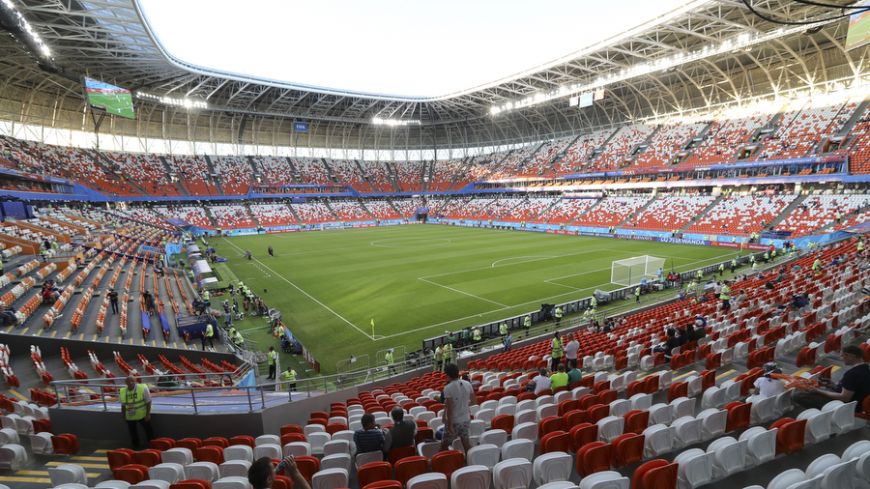 Youth team of Russia U21 will start in Saransk

The Football Union of Russia officially announces that youth team of Russia U21 will hold its first match of qualifying round of UEFA EURO 2021 against the team of Serbia on September 6 in Saransk at Mordovia Arena. Time of the game will be specified later.

Recall that a month ago, June 8, the National team of Russia played a qualifying match of UEFA EURO 2020 at Mordovia Arena against San-Marino, having got the largest victory in its history (9:0). Besides last summer Mordovia Arena hosted 4 group stage matches of 2018 FIFA World Cup: Peru-Denmark, Colombia– Japan, Iran-Portugal and Panama-Tunis. Several days after the game against Serbia Mikhail Galaktionov’s wards will conduct one more match within EURO 2021 qualification. On September 10 our team will play an away match against the team of Bulgaria. Besides the Russians will have to fight for an exit to the final stage in the group 5 against the teams of Poland, Latvia and Estonia.
It should be mentioned that the group stage of the qualification, during which the participants will conduct two matches against each opponent (home and away) started in March 2019 and will end in October 2020. Winners from nine groups as well as the best team of the second place (not including the matches against teams of the six places in the groups) will go directly to the final of youth EURO. The eight second places left will determine four participants of the tournament at play-offs, planned for November 9-17, 2020.

16 teams including the hosts of the tournament Hungary and Slovenia will perform in the final part of UEFA EURO U21in June 2021.