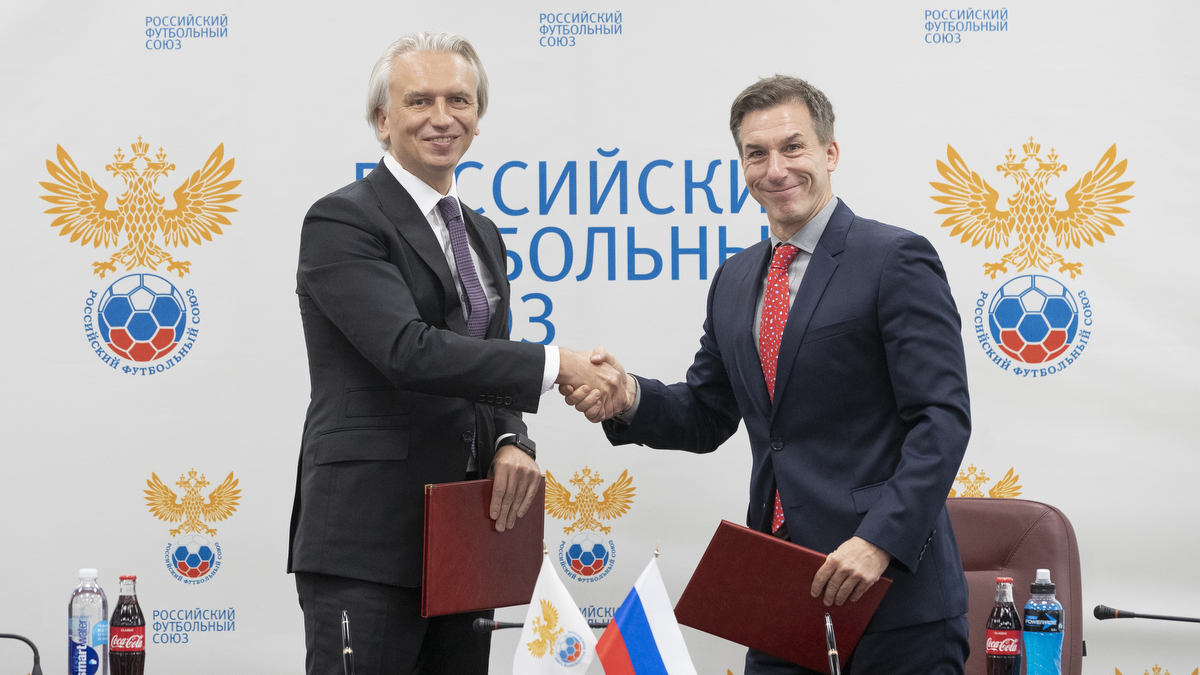 Cooperation agreement between FUR and Coca-Cola in Russia

FUR President Aleksandr Dyukov and General Manager of Coca-Cola in Russia Andrew Buckingham signed a cooperation agreement, according to which Coca-Cola and Powerade continue to be non-alcoholic and sports drink of Russian national team respectively.

Term of the agreement is the end of 2022. Within the agreement Coca-Cola in Russia plans to support men’s , women’s, youth U21 and youth U17 football teams of Russia.

"We in Coca-Cola are huge football fans, and our company has been supporting it all over the world both at professional and amateur levels. Including in this agreement teams U15 and U17 are our special deposit into development of youth football together with the tournament "Leather ball –Coca Cola Cup". This year for the first time support of women’s national football team will be included in the contract. We are looking forward to an opportunity to share bright moments with the national team, we are expecting beautiful goals from the girls and call fans to join at the stands" – Andrew Buckingham, General Manager of Coca-Cola in Russia said.

"Coca-Cola is one of largest world’s companies, which actively supports sport and for more than 20 years has been a reliable partner of the Football Union of Russia and Russian football teams. We are happy that the company proceeds cooperation with the FUR. I’m convinced that this partnership will traditionally have mutual benefit and promote further popularization of football in the country" – FUR President Aleksandr Dyukov commented on the signing of the agreement.

Coca-Cola has been supporting the Russian football team since 1996, being an official partner of the national team. For the time past the company made a great deposit into promotion of the Russian football due to numerous joint actions. In particular, last year the national team of Russia became the face of the most large-scale in the history of Coca-Cola in Russia marketing campaign #prepared, timed to 2018 FIFA World Cup, which seized the whole country and let Russians feel themselves direct participants of a grand football holiday.